The allure of the gamble, with all its risks and excitement, is incomparable. Surely, you’ve daydreamed about winning millions at the casino, the poker table or by betting on your favourite sports teams. If you think someone can’t win hundreds of thousands of dollars on the luck of the draw, think again. People win fortunes—albeit on the rarest of occasions.

Revealing the biggest gambling wins ever is a complicated endeavour, especially when one considers the uncertainty surrounding the size of the bet and the winnings due to location, currency, inflation, as well as the topic’s anonymity. However, we still got the account of those lucky few who have turned a few quids into small fortunes.

Get ready for the amazing stories that follow below!

A 20-year-old Norwegian student named Peter won €11.7 million in 2011—which remains one of the biggest online casino wins in history. He was playing a progressive slots game called Mega Fortune, which the Betsson online casino operated. The jackpot amount on this type of slot machines increases each time they are played, and at the moment Peter claimed this life-changing amount, it was the highest ever jackpot win in online gambling history.

Don Jonson is a blackjack ace who, unlike other players with card-counting tricks up their sleeves, increases his chances of winning by negotiating particular rules that allow him to beat the system.

Casinos wanted to entice high rollers by offering them special rules, which Don Johnson used to gain an advantage against the house. With the help of a 20% guaranteed rebate for losses over $500,000, Johnson won $15.1 million—one of the biggest blackjack wins of all time—from three Atlantic City casinos in late 2010 and early 2011.

$30 Million—Kerry “The Prince of Whales” Packer

This Australian gazillionaire was one of the heaviest gamblers the world has ever seen. He lost or won big anytime he rolled the dice, played cards, or sat at the roulette table. Casino owners abound with fabled stories about The Prince of Whales, and some of his biggest gambling wins ever. For instance, while Packer lost around $28 million in London casinos in 1999 within three weeks, he also won $33 million at the MGM Grand Casino in Vegas.

Packer’s capricious nature resulted in some generous acts as well. Supposedly, he left a $1 million tip after losing $6 million at the Bellagio. On another occasion, he even paid the $150,000 mortgage of a Las Vegas service girl one night.

Called the ultimate high-roller, Archie Karas is the protagonist of perhaps the most fascinating rags-to-riches story in the world of gambling. Karas started his ascent towards the top of the gambling elite in December 1992. After losing a $2 million bankroll in Los Angeles, he decided to move to Las Vegas with only $50 in his pocket. There, he loaned $10,000 from a poker friend and used it to become one of the biggest Vegas winners in history within two years.

By the start of 1995, this Greek-American had turned into one of the biggest whales in Sin City’s history, winning more than $40 million along the way. Archie applied his fearless gambling skills in anything from pool to dice and poker. Many poker greats lost small fortunes to him, including Stu Ungur, Johnny Chan, Puggy Pearson, Chip Reese and Johnny Moss. Unfortunately, “The Run” had to end, and Karas felt the reality of the saying: “The higher you climb, the harder you fall”. What took him over two years to amass, he managed to lose within three weeks.

Archie Karas has never again reached his former heights and even faced charges of burglary and cheating. Nowadays, he remains a cautionary tale for casino-goers and poker players who remember his biggest gambling wins and losses alike.

Biggest Gambling Wins in the UK

An anonymous Welsh player, nicknamed Wellzyc, won a whopping £6.2 Million Mega Fortune jackpot with a £1.25 bet in December 2016. According to Wellzyc, he was shocked by one of the biggest online casino wins ever. Once he regained his composure, he realised the extent of this life-changing win. His first plan was to organise a family trip to Disneyland.

The Hall of Gods is another progressive jackpot slot turning players into millionaires. Neil, a Scot from Aberdeen, was one of the lucky few who hit its jackpot in November 2017. When he recreationally deposited £30 on a Friday evening playing the Hall of Gods at the Casumo online casino, he had no idea he would hit a jackpot of over £6.3 million. After the initial shock wore out, Neil said he wanted to organise a family trip, buy his parents a house in Spain, and help a cancer support group.

Almost half an hour after opening an online betting account, a British soldier, named John Haywood, won €17.8 million—setting a new record for the biggest jackpot win at the Mega Moolah online slot game. This generous soldier claimed that he even gave €4 million to one of his mates. A good way to spend one of the biggest casino wins in history.

Three years after Heywood’s record-setting jackpot win, an anonymous player won an even bigger jackpot by playing the Mega Moolah at the Grand Mondial Online Casino. On September 28, 2018, this very lucky player placed a 75 cent bet on his mobile phone and hit a jackpot of almost €19 million. Their success is currently No. 1 on the biggest casino wins in history.

In June 1999, at Ceaser’s Palace, an Illinois gentleman raked in an enormous sum of money while playing the Megabucks machines. The remarkable fact is that this lucky winner only deposited $10—a helluva return of investment.

“A quick pull on the machines.”—is what Johanna Heundl thought on her way to breakfast at Bally’s on March 22, 2002. She would soon forget about her hunger, as she would be stunned by an eight-digit number and one of the biggest casino wins in Las Vegas. Johanna managed to hit a massive Megabucks jackpot of $22.6 million, which she mistook for $2 million initially.

Lightning indeed strikes twice as far as Elmer Sherwin is concerned. This senior gambler was the only two-time winner of the famed Megabucks jackpot—which has a winning chance of 1 in 10 million.

His first big win came in 1989 after a lifetime of gambling. While on a trip in their mobile home, he and his wife stopped in Las Vegas for the opening of the Mirage Hotel and Casino. With a $20 bet, he snagged the $4.6 million. After his first win, he travelled worldwide and set his eyes on making history with a second Megabucks win.

That fateful moment came about on September 16, 2005, at the Cannery Casino & Hotel in Las Vegas. After countless tries at the Megabucks casino, Elmer hit the jackpot for the second time in his life—winning a massive $21 million jackpot. His dream of a third Megabucks and the biggest win in Vegas did not come true since he passed away in 2007 at the age of 93.

Another huge Megabucks win was witnessed at the Palace Station Hotel when a 67-year-old former flight attendant won $27.6 million with a budget of $100. Note that this was her second big win. She previously won a less impressive sum of $680,000.

In March 2003, a 25-year-old tourist hit the biggest slot win in Vegas—a record that still stands today. The young man was in town for a family visit and advised by his uncle he went to the Excalibur Hotel & Casino to play the Megabucks machine. After sitting down with a $100, the young gambler thought he would try his luck with the $3 spins that award the massive jackpot. Before his 33 spins ended, the man saw three Megabucks Eagles line up in front of him to herald a jackpot of almost $40 million. He chose to be paid out in $1.5 million yearly instalments.

Winning a parlay bet is incredibly difficult since you have to combine two or more individual wagers and win them all. Tayla Polia’s 15-leg parlay win is astounding when you consider that even winning a three-leg parlay is incredibly difficult; she was even a novice bettor at the time. Tayla’s luck helped her beat 20,000-to-1 odds betting on NFL teams and convert a $5 ticket into a payout of over $100,000.

This betting fairytale took place in 1998 when a man named Richard Hopkins witnessed the genius of a kid named Lewis Hamilton on the go-kart track. His exhilaration carried him to a local bookmaker to place two wagers: one that Hamilton will win a Grand Prix by the age of 23, and another that he would become a World Champion by the same age. Richard recorded one of the biggest wins in sports betting when Hamilton achieved those heights. He raked in winnings of £165,000 with only a £200 stake.

After Leicester City shocked the football world by winning the most prestigious title in English football in 2016, fans across the globe were mad in celebrations. A few punters also took the 2,000 in 1 chance and bet on “The Unbelievables”. One of the biggest payouts was a £200,000 win on a £100 ticket.

While known as one of the greatest golfers of all time, Phil Mickelson is also an avid gambler. One of his biggest winning bets is a $20,000 wager placed on the Baltimore Ravens to win the Super Bowl in 2001. Ultimately, Phil won $560,000 at 22-to-1 odds when the Ravens defeated the New York Giants.

Akin to Phil Mickelson, Charles Barkley is also a successful athlete turned sports bettor. This adored TV host went down in history as one of the biggest football bet winners when he placed a $500,000 wager on the New England Patriots to win the Super Bowl XXXVI. Despite the 14-point handicap, Barkley still chose the Patriots and won a hefty $800,000.

One of the biggest betting wins of all time was claimed by James Adducci when he placed an $85,000 bet on Tiger Woods in 2019. After two betting houses refused to accept his wager that Woods will win the Masters, William Hill decided to take the action at 14-to-1 odds. We salute James Adducci for his cold-blooded bet that won him a cool $1.19 million.

Astonishingly, this was his first-ever sports bet.

$2.5 Million—“Vegas Dave” Wins It Big on the Kansas City Royals

You must bring in some large hauls betting on big games to become a notorious Vegas sports gambler. Dave Oancea has done that twice in his life. First, he wagered on the Kansas City Royals to win the World Series at 30-to-1 odds in 2015—winning $2.5 million. Then, he bet on the Denver Broncos in 2016 to win the Super Bowl 50—winning $2.6 million.

Willam T. Walters, known as Billy by the public, was one of the best sports bettors in Las Vegas history. During his 39-year-long betting career, Billy had only one bad year. One of his biggest football bet wins is the $3.5 million he won by betting on New Orleans Saints in the 44th Super Bowl in February 2010. Near the end of his betting career, Walters claimed to have been making over $50 million as a sports bettor in a good year.

In 2013, an 84-year-old Florida woman named Gloria McKenzie won a record Powerball jackpot of over $590 million. Gloria’s win still stands as the biggest single-winner jackpot of all time in the U.S. She was in line to buy her lottery ticket when the person in front of her allowed her to cut in and go first. After beating the 1 in 175 million odds with her $2 ticket, Gloria decided to receive her winnings in a single payment—$370 million before taxes.

Should You Trust Lady Luck Then?

As you can see, fortune favoured quite a few lucky or bold gamblers, sports bettors, casino goers and card players. However, instead of chasing the biggest gambling wins ever, which might significantly lighten your money purse, you should think of it as only a form of paid entertainment. Set a budget before rolling the dice, playing cards or filling in a betting ticket. That way, you will still have fun without any potential losses affecting your quality of life. If you do happen to win some money, you can treat yourself or your family! 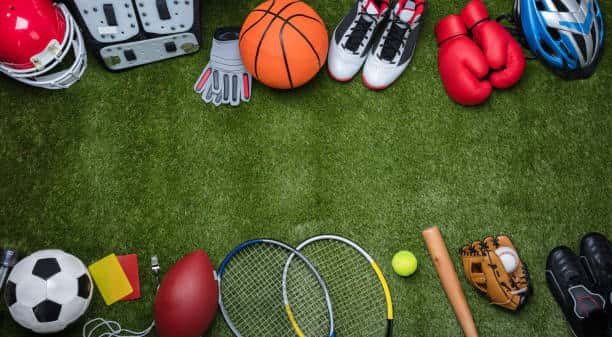 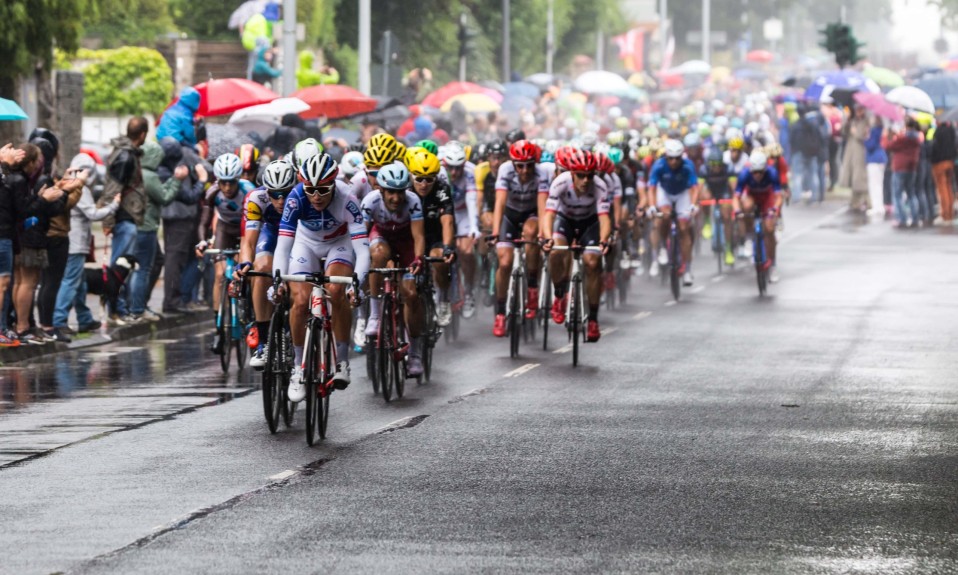 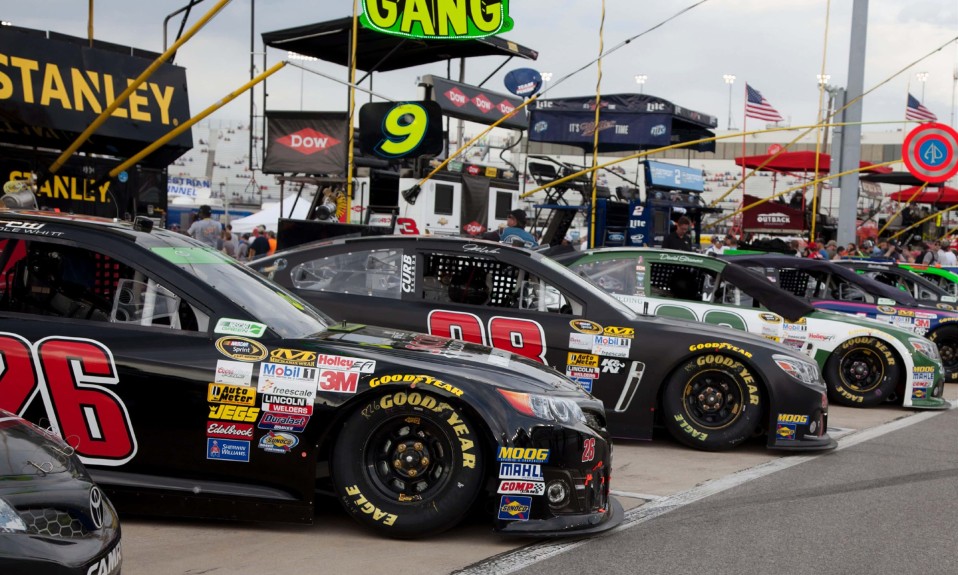 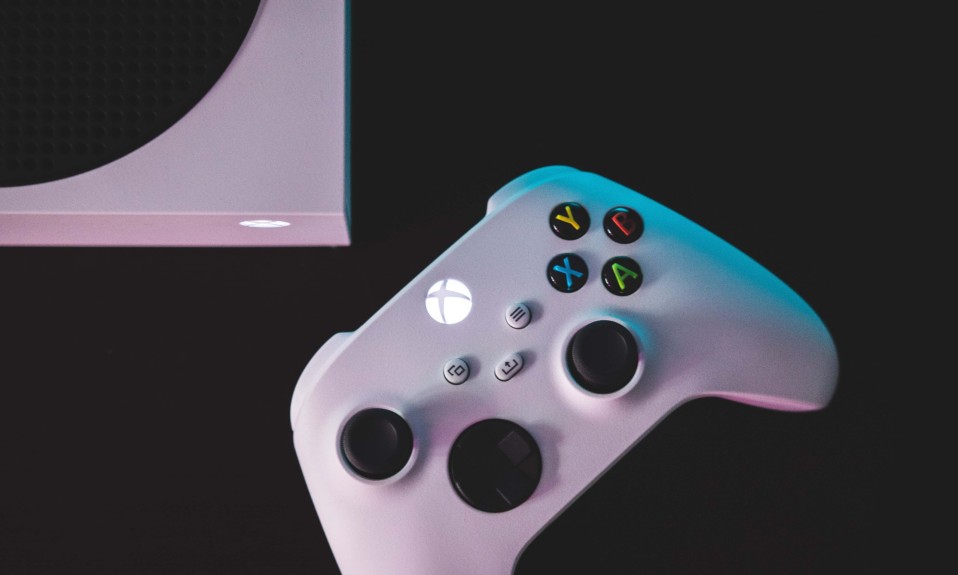