Back in 2009, the peer-to-peer payment system named Bitcoin, created by an unknown person or group using the alias Satoshi Nakamoto, made its debut and set the scene for the new era of digital currencies.

More than a decade later, law enforcement agencies, tax authorities and government regulators still debate the legality of crypto. So, what is the current status of bitcoin legality in the UK? Which countries are friendly to cryptocurrencies and which are not?

This article will give you the answers and more.

Crypto Exchange Regulations in the UK

Currently, the UK does not regulate cryptocurrencies. Although the government confirmed last year that crypto assets are considered property, there are no specific laws regarding crypto currencies, and they are not regarded as legal tender.

However, as of January 10, 2021, all companies offering cryptocurrency-related services such as recognised cryptocurrency exchanges, investment managers, advisers and professionals in the UK market, or those providing services to UK residents, need to register with the FCA. In short, all cryptoasset business carrying out activities that fall under Money Laundering Regulations must register with the FCA in order to operate.

However, the development of the Financial Conduct Authority’s cryptocurrency regulations in the UK has not gone smoothly.

In October 2020, the FCA banned retail cryptocurrency derivatives in an effort to protect amateur investors from “sudden and unexpected losses”. The ban, though, which came into effect on 6th January 2021, does not cover professional traders or institutional firms.

At the end of 2020, the FCA enforced a  “temporary registration regime” due to its inability to process all registration applications. This regime moved the registration deadline to 9th July 2021. According to UK cryptocurrency regulations and latest FCA registration requirements, all crypto exchanges have to meet the anti-money laundering, terrorist financing and transfer of funds regulations. However, the FCA claims that not many companies comply with the AML standards, and the majority need to update their operations and reapply again.

In June 2021, the FCA banned Binance, one of the biggest cryptocurrency exchanges in the world, from operating in the country. Even though this decision is believed to have little impact on the company’s customers in the UK, the FCA clamping down on unregistered exchanges is a clear warning sign of the dangers and risks that come with investing in crypto.

How Is Cryptocurrencies Taxed in the UK?

Since HMRC recognises that crypto-assets cannot be compared to traditional payments, the tax rates differ according to the activities and entities involved in the transaction.

Taxes for individuals are subject to capital gains and losses, meaning that anyone who holds crypto assets as a personal investment will be taxed on any profits made on those assets. Capital losses, on the other hand, can be considered for tax liability.

Are Bitcoin ATMs Legal in Britain?

If licenced and regulated by the FCA, Bitcoin ATMs are legal in the United Kingdom. Currently, Britain is the proud owner of over 250 Bitcoin ATMs, more than any other country in Europe.

Future Cryptocurrency Regulations in the UK

Even after Brexit in 2020, the cryptocurrency regulations in the UK remained consistent with the EU standards. However, Great Britain is likely to alter its crypto-regulations to some degree in the near future.

The UK has expressed its intention of adopting a broader approach to cryptocurrency regulation, including consulting with stakeholders on a wide range of questions, such as the use of crypto investments, the use of DLT in financial services and potential future actions the government might take to improve security.

The government is also exploring the possibility of regulating stablecoins, another clear signal of future changes to the FCA’s attitude towards cryptocurrency.

Most countries still haven’t defined their cryptocurrency regulations, preferring the wait-and-see approach. Others have accepted BTC and other digital currencies with open arms. But which are the most crypto-friendly countries in the world?

The United States of America

The USA generally has a positive stance towards cryptocurrencies, even though some government agencies work on reducing bitcoin’s use in illegal transactions. What’s more,  well-renowned U.S businesses such as Microsoft and Overstock began to approve payment in bitcoins.

Back in 2013, USA’s FinCEN started issuing guidance on bitcoin, and the Treasury Department classified it as a money services business (MSB). This means that any crypto-related services such as cryptocurrency exchanges and money transmitters must register with the FinCEN, have an AML program, keep appropriate records on suspicious activity and make reports to FinCEN,

The US was recently proclaimed the most crypto-ready country worldwide based on several metrics, such as legislation, Google searches and the number of crypto ATMs. According to the 2021 Crypto Ready Index, the US scored 7.13 out of 10, the highest in the world.

Despite all this, the US Internal Revenue Service has categorised BTC as property, making it subject to taxation. This, combined with potential stricter regulation in the future, might leave investors looking at other bitcoin-friendly countries.

Canada’s Revenue Agency considers Bitcoin a commodity, which means all transactions are treated as barter, and the gains from crypto are handled like any business income. Taxation depends on the activity, i.e. where it’s a business or just an investment.

In terms of regulation, all the crypto-related businesses in Canada are considered money service businesses and, as such, subject to the relevant laws. For instance, exchanges are obligated to register with the FINTRAC, abide by compliance plans, report any suspicious transactions and keep certain records.

Australia is considered to be one of the most crypto friendly countries. It has been progressively implementing cryptocurrency regulations, declaring all digital currencies legal in 2017.

As of April 2018, all cryptocurrency exchanges need to register with the Australian Transaction Reports and Analysis Centre and comply with the AML/CTF 2006 rules. The Law explicitly states that Bitcoin and other crypto currencies will be treated as property and thus subject to capital gains tax. This is a major step forward compared to Australia’s previous double taxation policy under the country’s goods and services tax.

Even though most of its members are crypto-friendly countries, the EU still doesn’t have specific legislation regulating the status of crypto currencies, and legislation varies from one state to the next.

Nonetheless, the European Court of Justice considers buying and selling cryptocurrencies a supply of services and so the activity is exempt from VAT in all member states.

For more clarification, let’s take a look at bitcoin legality by country:

Topping the list of the most friendly countries for crypto is El Salvador—the first to adopt bitcoin as legal tender.

Under the new law, every business must accept BTC as payment for goods and services, unless it does not have the technology to complete the transaction.

Following the announcement of the new law,  Athena Bitcoin said they plan to instal 1500 crypto ATMs in El Salvador, making it easier for the two million residents of the country who live abroad to send money home.

While some applaud this decision, others are worried about crypto volatility. Namely, the IMF recently expressed concerns that crypto currencies could threaten “macroeconimcal stability” as well as cause damage to financial integrity through crypto’s link to illicit activity, such as funding terrorism.

Other countries widely regarded as having a positive stance on bitcoin include:

While most countries are friendly to cryptocurrencies, others are cautious and perceive bitcoin and the like as a threat to the current monetary systems. Because of its decentralised nature and links to activities such as money laundering and drug trafficking, bitcoin is considered illegal in some parts of the world.

Below are some countries that have banned or tried to cut off banking support crucial for bitcoin trading and use.

Cryptocurrencies are essentially banned in China.

China crypto currency regulations prohibit all financial institutions, banks and exchanges from dealing with bitcoin. The government is also cracking down on miners even though 65 to 75% of bitcoin mining in the world takes place in China.

While individual miners might slip through the cracks, commercial ones should consider substitute mining centres for ones with better cryptocurrency regulations.

As of January 1st, 2021, the Russian Federation backed away from its total crypto ban. As long as they pay taxes, the new cryptocurrency law allows Russians to own bitcoins or other digital assets. In addition, the bill allows cryptocurrency exchange only through licensed operators.

However, Russians can’t exchange cryptocurrencies for any goods and services within the domestic economy.  The current Russian legislation, although resolves bitcoin’s mining legality issues, still considers BTC a monetary substitute and not legal tender.

In the past decade, the legality of bitcoin has been a hot topic in Vietnam. Nevertheless, Vietnam’s State Bank maintains its position that cryptocurrencies are not a legitimate payment method. Therefore the use of crypto currencies as means of payment in Vietnam is illegal and subject to punishment fees.

Other Countries That Are Not Crypto Friendly

The relationship between digital currencies and governments has always been challenging and intense. Over a decade has passed since the introduction of BTC and most countries in the world still don’t have adequate regulations or universal definition regarding cryptocurrencies. That said, many are taking a positive stance towards accepting crypto as legal tender.

Britain definitely falls in that category. When it comes to bitcoin legality in the UK, the country may not have specific cryptocurrency regulations, but it is making significant steps towards achieving that goal. Currently it is one of the five most crypto-friendly nations in the world and as regulation and taxation policies improve, it might even rank higher. 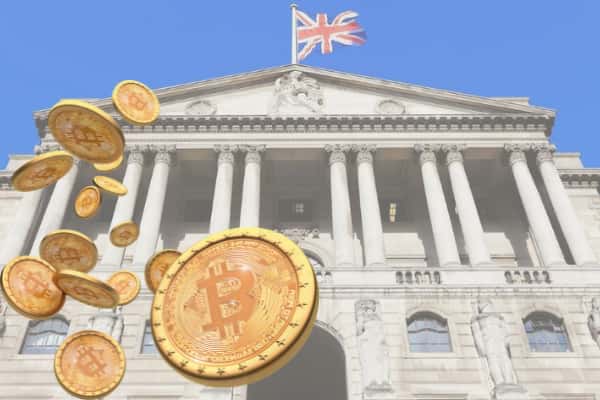 Published on 7 days ago 9 min read 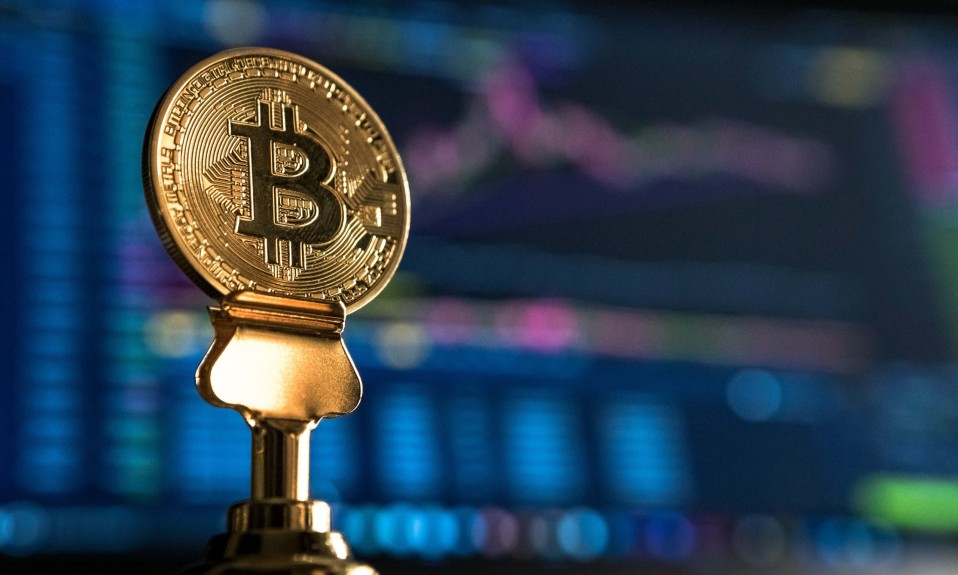 The Complete 2021 Guide to Bitcoin Gambling in the UK 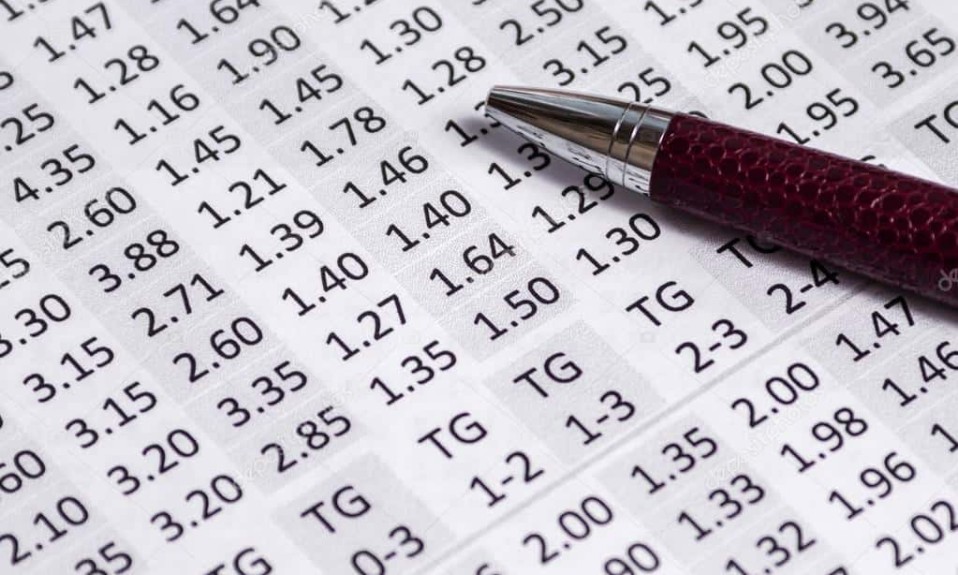 Sports Betting Odds Explained: Everything You Need to Know

Published on 14 days ago 4 min read 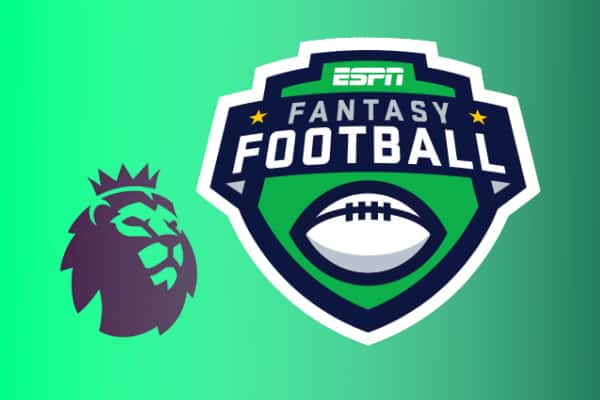 The Ultimate Guide to Fantasy Football Betting in 2021

Published on 19 days ago 8 min read