Shoe contracts have been an indispensable part of the NBA ever since Michael Jordan signed his first deal with Nike in 1984.

Today, NBA players with shoe deals earn millions of dollars every year from endorsements on top of the massive salaries they get from the League.

So who has the biggest contracts in 2021?

Let’s take a look at some of the richest sneaker deals.

For the purposes of this list, we will stick only to active NBA players with massive shoe deals. However, no ranking of the biggest shoe deals in basketball history would be complete without these honourable mentions:

Last but definitely not least, Michael Jordan’s colossal Nike deal, which is still the biggest contract in basketball history. It is estimated that MJ made more than $1.3 billion since he signed the contract in 1984, while the value of the Nike Air Jordan brand has skyrocketed to $3 billion.

What’s more, this super successful entrepreneur, iconic player and recent NASCAR team owner helped turn Nike into one of the biggest brands in the NBA—the combined share of Nike and the Jordan brand takes up 86% of the performance market and 96% of the lifestyle basketball category.

Now that we’re all caught up on the biggest deals, we will take a closer look at some of the richest sneaker contracts right now.

Warriors guard Klay Thompson chose to stand out from the crowd when he left Nike and signed with Chinese brand Anta in 2014. At the time, many questioned his decision—after all, Nike is the biggest name in the NBA, with over 62% of players having a contract with the company.

However, the Anta-Klay Thompson deal certainly paid off. It not only gave this five-time NBA All-Star access to the untapped Chinese market, but it also pays him around $8 million a year.

What’s more, in 2017, Thompson re-negotiated the contract and got a serious increase on the original $3 million a year. The new deal is reportedly worth $80 million (plus incentives) and will keep Stephen Curry’s Splash Brother at Anta until 2026.

Giannis Antetokounmpo, who plays power forward and small forward for the Milwaukee Bucks, is the next name on our list of NBA players with Nike shoe deals.

When Antetokounmpo was drafted in 2013, Nike was the only company that approached him with a contract.

Their first Giannis Antetokounmpo-Nike deal paid out only $20,000 a year, but as the Greek Freak upped his game, the numbers increased. In 2017 he re-signed with the brand, even though he was pursued by other brands, including Adidas and Li-Ning.

The two-time NBA MVP’s first signature shoe, the Nike Air Zoom Freak 1, was released in 2019. According to the company, it was the biggest initial signature launch of all Nike NBA collaborations.

In 2014, the Brooklyn Nets point guard extended his four-year Nike deal to another seven years, getting his first signature shoe released the same year.

Kyrie Irving’s signature shoes (currently in his eighth iteration) are one of Nike’s top-selling NBA player shoes. On top of that, they are incredibly popular among other basketball players, second only to Kobe Bryant’s signature kicks during the 2019/20 season.

Although Kyrie Irving is still at the top of his game, his recent refusal to get the Covid-19 vaccination might put his $11 million deal with Nike in jeopardy.

This Lakers point guard has been the face of the Jordan Brand since he signed his first five-year contract with them in 2013. In 2017, Nike extended his agreement for another decade, paying him $15 million in the first year alone. This sum made this nine-time All-Star player the brand’s best-paid endorser at the time.

Although the deal’s full value was never disclosed, it is estimated that this latest contract brought Westbrook’s total career earnings to $335 million.

The Russell Westbrook-Jordan deal also included a donation to Westbrook’s charity, a unique “ambassador” clause allowing him to appear on behalf of the Jordan Brand after he retires, and on- and off-court signature sneakers, the first of which, the Why Not Zer0.1., came out in 2018.

The youngest player ever to win an MVP Award, Derrick Rose was once a superstar on the court until a series of injuries and conduct issues derailed his career. Today he is still a valuable player, but definitely not as successful as he used to be.

Despite that, he still makes millions in endorsement deals, in particular his 2012 Adidas contract that pays him about $11 million a year. The deal also included a private jet, a $250,000 salary for his brother and a $150k donation to an organisation of Rose’s choice.

The Derrick Rose-Adidas deal naturally protects the company in case Rose is unable to play anymore. However, the three stripes brand continues to pay him huge sums every year, puzzling sports analysts and industry experts.

Like Klay Thompson, James Harden used to be a Nike athlete for a long time before switching shoe companies. In 2015, he ended his partnership with the Swoosh brand (as Nike refused to go into a bidding war) and signed a massive 13-year contract worth $200 million with Adidas.

The James Harden deal with Adidas turned the Brooklyn Nets guard into one of the highest-paid NBA players through endorsements.

Today Harden is the face of the three stripes brand, earning around $14 million a year from shoe endorsements alone. His sneakers, five versions of which have been released, are becoming increasingly popular among NBA players with each new version.

New Orleans Pelicans power forward Zion Williamson five-year Jordan deal pays out about $15 million a year, making it the richest annual deal ever signed in the NBA. It is also one of the biggest rookie shoe deals in basketball history, preceded only by LeBron James’ first Nike contract. What’s more, it is fully guaranteed, so there are no milestones or strings attached.

One of the best young NBA players, Williamson is the first Gen-Z athlete signed by the Jordan Brand and Nike hopes that he will be able to carry on MJ’s legacy to the next generation.

KD has one of the longest-lasting signature shoe deals with Nike, signing his first contract in 2007. Back then, the $60 million Kevin Durant-Nike shoe deal was the second-richest rookie sneaker contract with the Swoosh brand, following LeBron James’ deal with the company. Like James, the Brooklyn Nets small forward was offered $70 million by Adidas, a deal that he ultimately turned down.

Seven years later, Durant profited from another bidding war, this time between Nike and Under Armour. The Just Do It brand prevailed, offering almost $300 million (and a $50 million retirement package) and getting Durant for another ten years.

Like many others of the best NBA players, Stephen Curry also started out with a Nike endorsement, wearing the brand’s shoes for the first four years of his pro career. In 2013, however, he joined Under Armour, a relatively new company on the basketball scene.

The Under Armour-Stephen Curry deal has worked out amazingly well for both parties. The Curry collection counts eight signature shoes, and in December, the company launched the Curry Brand, giving this NBA icon the Jordan treatment.

The initial Stephen Curry Under Armour deal was extended in 2015 for another nine years. Official figures were never released, although it was stated that Curry got an equity stake in the company.

Surprisingly, Nike failed to re-sign Steph Curry in 2013 because they couldn’t match Under Armour’s offer of $4 million. Today, Forbes calculates that the Warriors point guard makes $42 million in endorsement deals, the biggest share of which comes from his contract with Under Armour.

Signed in 2003 when King James was just 18 years old and extended in 2016 to a lifetime contract with the Swoosh brand, the legendary LeBron James-Nike deal is the biggest rookie shoe contract and one of the highest paying deals in sports.

While the first LeBron James-Nike contract paid the LA Lakers superstar $90 million, the lifetime extension is said to be worth more than $1 billion.

As a rookie, James was actually offered a $115 million deal from Reebok, which he rejected in favour of Nike. The influence of Jordan, sports experts believe, is one of the reasons LeBron James chose the lower offer. This is not the only area where James follows Jordan—like him; he also owns shares in sports teams, including Premier League football club Liverpool and MLB team the Boston Red Sox.

It is estimated that there are only 18 NBA players with shoe deals, which is not surprising given how much sportswear companies are dishing out on annual contracts. And while none can match MJ’s iconic Nike deal, basketball stars still earn a nice chunk of change from endorsements. 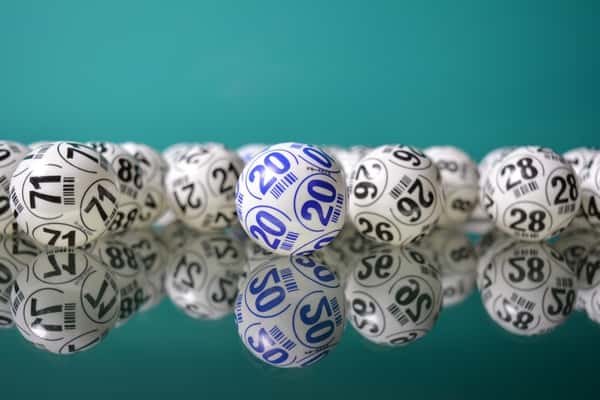 Best Bingo Sites With No Wagering Requirements in the UK

Published on 1 day ago 4 min read 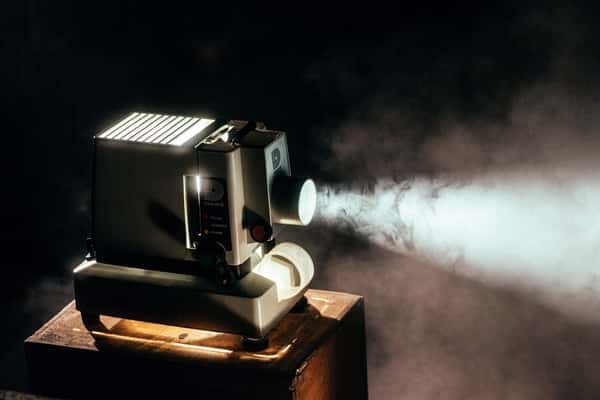 15 Best Gambling Movies to Watch Over the Holidays

Published on 8 days ago 12 min read 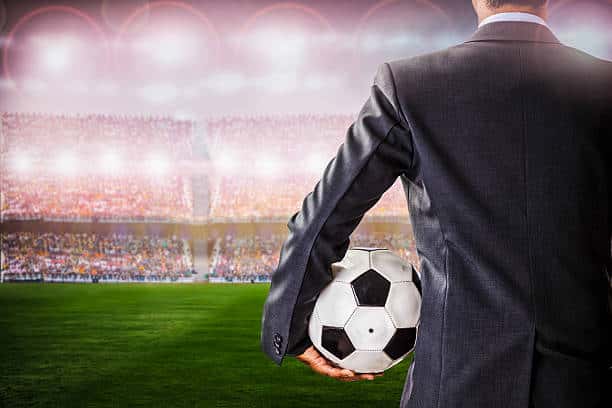 The Best Football Managers in 2021 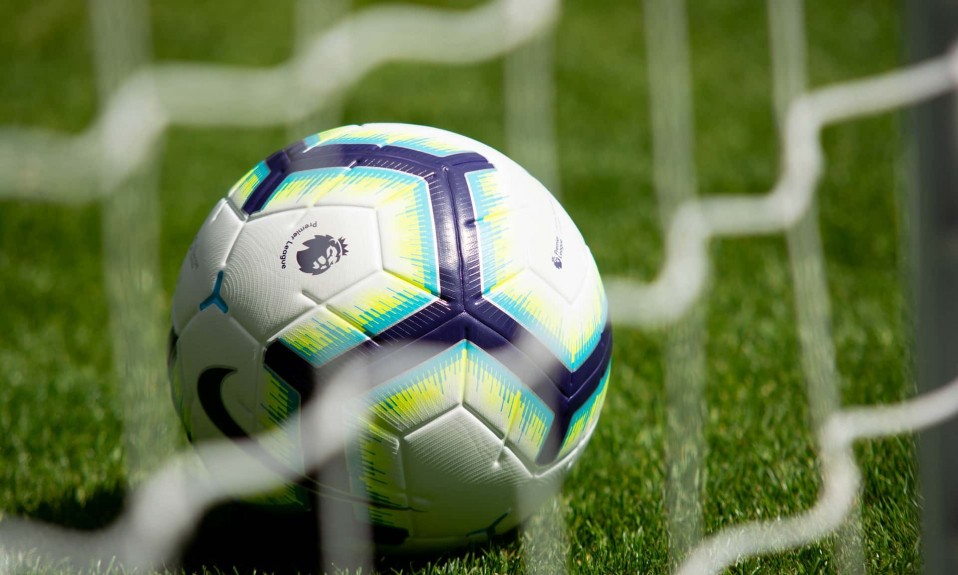